RIGHT OF WAY:
British Admiral Tony Radakin told “Nikkei Asia” that the Taiwan Strait is “international water” and can be used by any country

British warship HMS Richmond crossed the Taiwan Strait yesterday morning, according to a social media post by the frigate.

“After a busy period of working with partners and allies in the East China Sea, we are now en route across the Taiwan Strait to visit Vietnam and the Vietnamese People’s Navy,” the post said on Twitter.

The Royal Navy Type 23 frigate is one of the ships deployed with HMS queen elizabeth aircraft carrier and its task force on a global mission to visit more than 40 countries.

The aircraft carrier and task group earlier this month made a stopover in Yokohama, Japan.

The British Embassy in Tokyo said at the time that the deployment was “a powerful demonstration of the UK’s close and enduring partnership with Japan and the UK’s commitment to maritime security in the region. indo-pacific “. 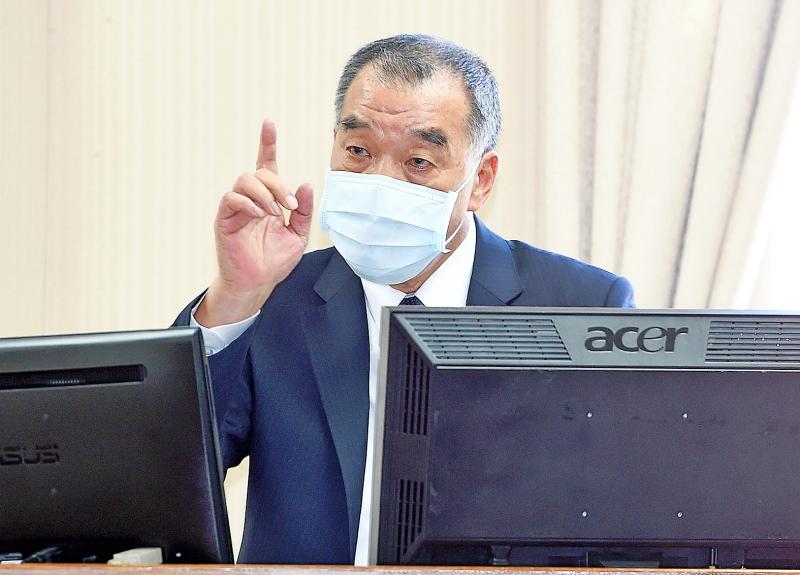 National Defense Minister Minister Chiu Kuo-cheng (邱 國 正) told Taipei that he was not aware of the exact mission of the British warship crossing the Taiwan Strait, but that the armed forces have a clear understanding of all foreign vessels operating near Taiwan and would not interfere.

In related news, Chiu told a meeting of the Foreign Affairs and National Defense Committee in the Legislature yesterday that Taiwan needs precise long-range weapons to properly deter a rapidly developing China. systems she could use to attack the nation.

The government this month proposed additional defense spending of almost US $ 9 billion over the next five years, including on new missiles, as it warned of an urgent need to modernize weapons of the country facing a “serious threat” from China.

Taiwan needs to let China know it can defend itself, Chiu said.

“The missiles have to be long-range, precise and mobile, so that the enemy can feel that we are ready as soon as they send their troops,” he said.

In a written report to the legislature, the ministry said medium and long-range missiles were being used in interception exercises at a key test facility on the southeast coast.

Chiu declined to give details of the range of these missiles.

The ministry gave an unusually harsh assessment of China’s capabilities in its annual report, saying it could “cripple” Taiwan’s defenses and is able to fully monitor its deployments.

It is important that Taiwanese are aware of the danger they face, Chiu said.

Asked what China would attack first in the event of war, Chiu replied that it would be Taiwan’s command and communication capabilities.

“On this point, the capacities of the Chinese Communists have increased rapidly. They can disrupt our command, control, communication and intelligence systems, for example with fixed radar stations certainly the first to be attacked, ”he said. “So we have to be mobile and stealthy.”

Comments will be moderated. Keep comments relevant to the article. Comments containing abusive and obscene language, personal attacks of any kind or promotion will be removed and the user banned. The final decision will be at the discretion of the Taipei Times.

The dollar drifts at the start of ...